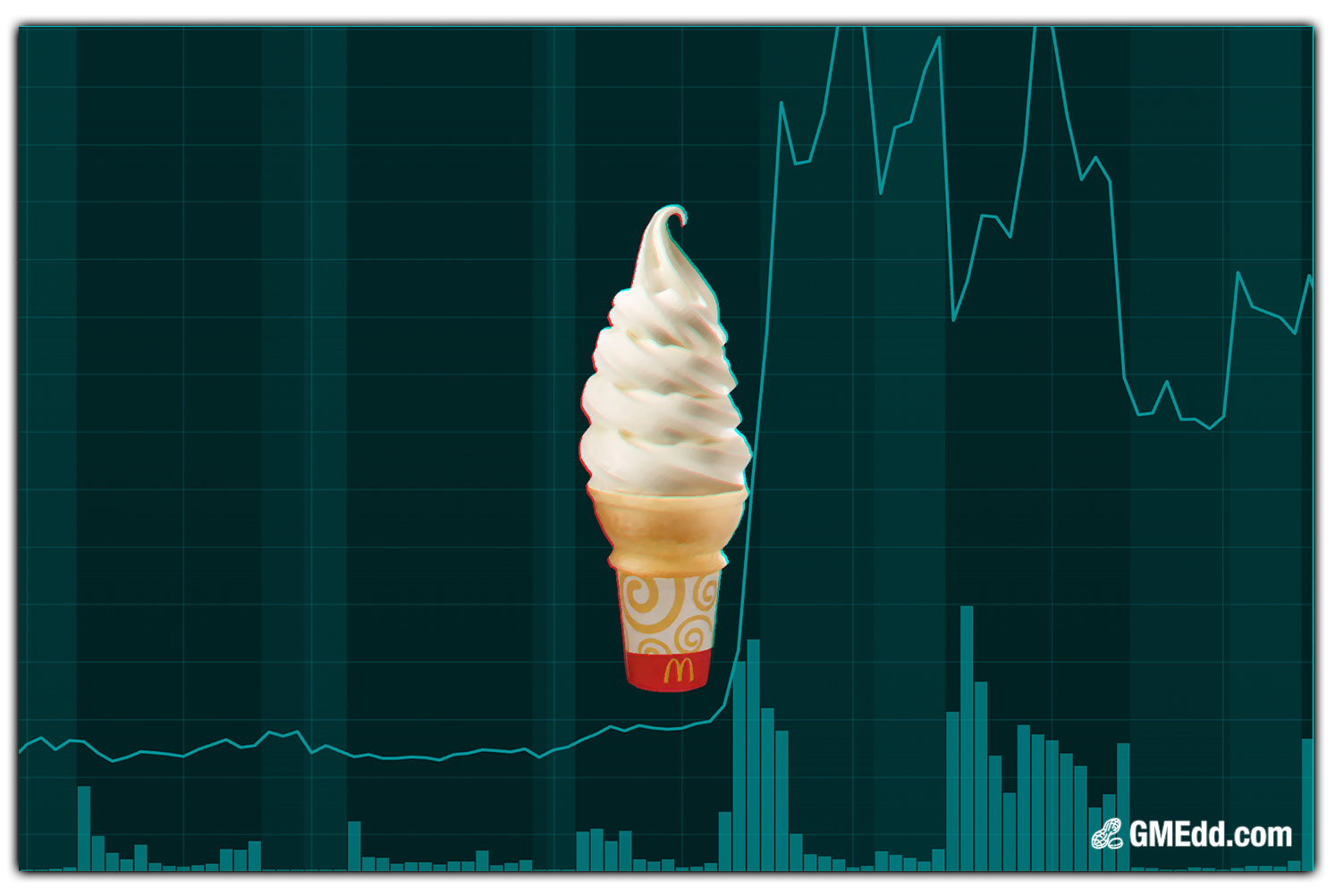 Is the machine broken? ¹

Ryan Cohen has broken his month-long silence, beginning before the insane price volatility sparked by RC Ventures being awarded three seats on the board.

At 1:57 PM on February 24th, 2021, Cohen tweeted an image of a well-lit McDonalds Ice Cream Cone, accompanied by a frog emoji. 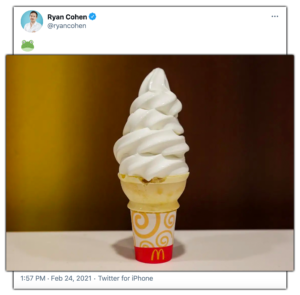 Reverse image searching reveals that the photo was taken by Irene Jiang of Business Insider, so unfortunately, Ryan was not enjoying the cone himself. This also reveals that the tweet is not an update on Cohen’s life, but yet another cryptic message.

Yesterday, GameStop’s CFO resigned amid incompatibility with the transformation and insider complaints.

The photo is from a Business Insider article titled ‘McBroken,’ about a 24-year-old engineer created a website that tells you if your McDonald’s has a working ice-cream machine.

What does it mean? The $GME community has some theories:

No matter what, we can all agree on something within the next few days…

We are in for a treat.

February 25th Editorial Update: As pointed out to us by GMEdd reader Daniel, uploading the soft serve photo into tineye.com’s reverse image search and sorting by oldest reveals that the photo was first used in a Business Insider article titled, “I ate soft serve from 7 major fast-food chains, and the winner surprised me,” by Irene Jiang.

¹ The cover for this article was later updated

Durkin now serves on the board of Bambino Sitters, an app for connecting families to babysitters.

Will $BBBY restructure/file bankruptcy within the next two years?

i'm going to steal this from @EmanuelDerman but you should think of BS as a way of comparing different options the way you compare houses using price/sqft. it summarizes a complicated asset into a single number that makes them easier to compare despite not being the "true" model https://twitter.com/FiSurgi/status/1541945692868018176