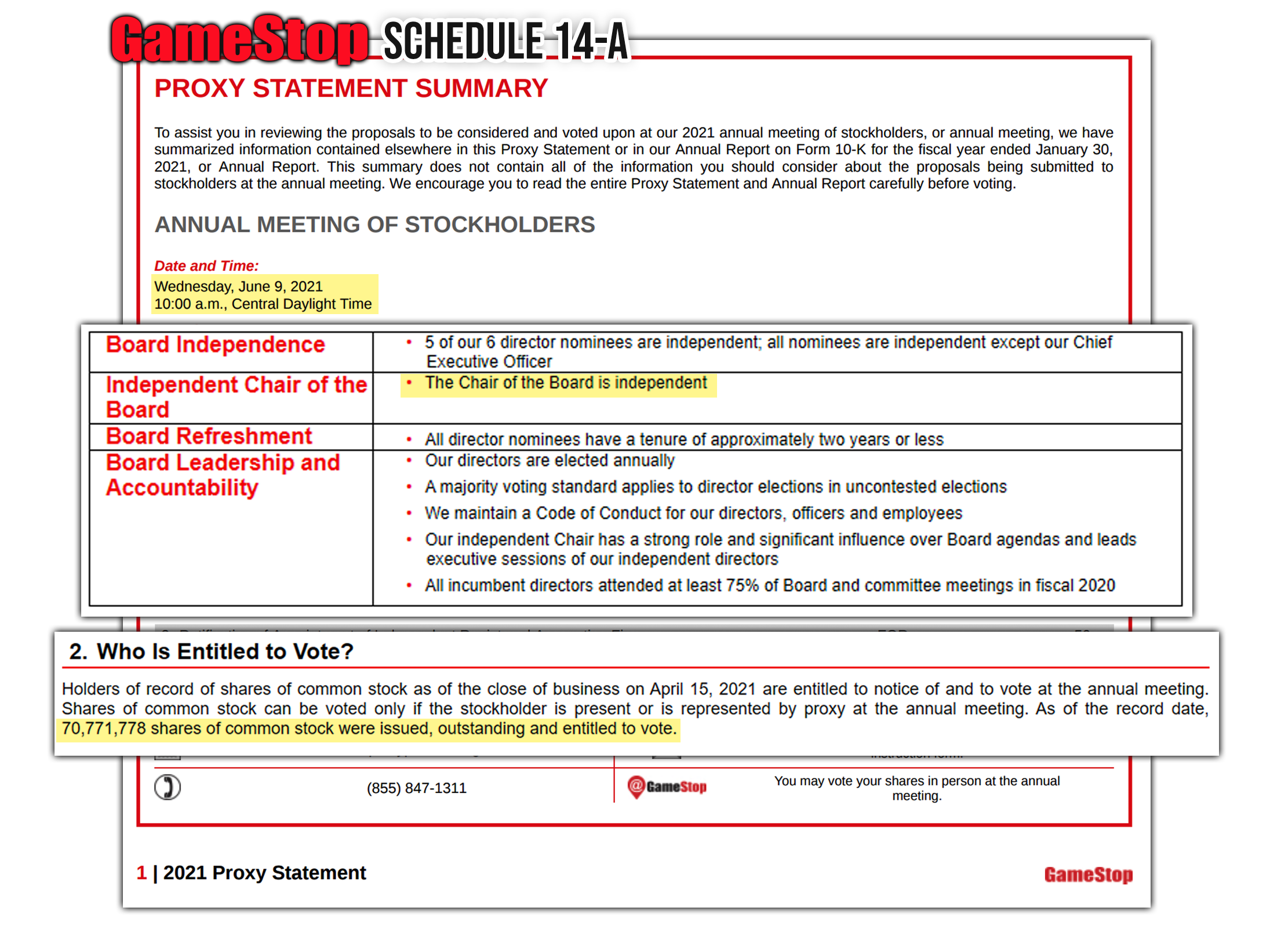 GameStop has announced that for the June 9th, 2021 annual meeting, stockholders will be voting on:

In GameStop’s April 5th filing, the company revealed that shares of company stock outstanding immediately after this offering is based on 70,031,650 shares as of April 1st.

As of the Schedule 14-A filing, GameStop states that 70,771,778 shares of common stock are issued, outstanding and entitled to vote. This indicates that the company has begun deploying their Up-To-$1B offering.

Revealed through Corporate Governance Highlights, GameStop states that the Chair of the Board shall be independent, indicating that Ryan Cohen may not be considered for CEO.

The letter also indicates some of Ryan Cohen’s incoming jobs as chairman of GameStop, including but not limited to,

GameStop also touched on their claw-back policy, indicating that the company is permitted to “recoup certain compensation payments in the event of a significant restatement of our financial results.”

Rod Alzmann of GMEdd.com has noted that he found the disclosed 17 board meetings in fiscal 2020 impressive.

I took $VTNR up to a ~3% position today, have been using synthetic long stock & bullish risk reversals rather than outright shares to capture the borrow fee.

Added some short dated movieCo $13Ps to play a reversal

When I didn't like my job, my morning routine was filled with things like meditation, reading, and journaling.

Maybe a lesson in there.